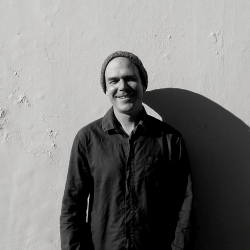 Barry Barichievy was born in 1980 in Queenstown.

He is known for his Pop Busts – a collection of icons that have shaped our world.  These vibrant monuments are technically apt, and the likeness to the individuals that they present are incredible.

The bust is the staple core of sculpture, the means of paying homage to an individual that has made a meaningful impact on the society that they exist within.  And a bust is serious – they are of ideological movers and shakers.  They are of the people that made the rules.  They are also serious, and weighted down in the bronze that they have been cast in.

But not Barichievy’s busts.  No.  These are colourful monuments to the individuals that have broken the rules to make the world better.  He pays homage to the remarkable people that have defined Popular Culture, and have thus had a truly lasting impression in the twenty first century.

From the profound changes of the positive transition to the rainbow nation democracy of South Africa (Nelson Mandela, Mahatma Ghandi and Desmond Tutu) to those who made the cinematic depictions of gratuitous violence the norm (Quentin Tarantino).  Barichievy honours the musicians, performers and artists whose voices have become such a distinct part of our shared memories.

These works highlight the value of the creative thinkers in society.  Those who see things differently, and who live this belief with all that they have.  And perhaps this is the most meaningful impact one can have – to inspire those around us, and to allow ourselves to be inspired.  The works are not for those who thrive in negativity, they speak for a generation that yearns for more.  For those who see the good in every moment.  Those who appreciate the grass roots impact of being spoken for and heard.  Those who do not exist within a mould, as these pop icons have already shattered it.

Barichievy’s Pop Busts are the pop of colour on a collective memory that is constantly redefining the future.